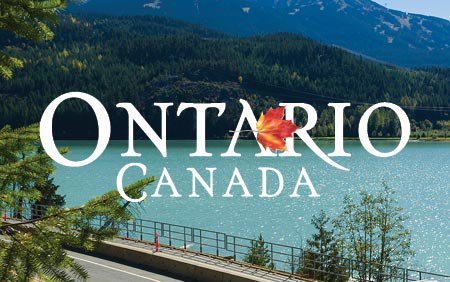 Ontario is Canada’s most populous province, home to the nation’s capital, Ottawa, and its largest city, Toronto. It is Canada’s leading manufacturing province and abounds in natural resources. However, the largest part of its economy is the services sector, which employs 79% of the province and includes business, financial, professional and technical services, as well as culture and arts.

Ontario’s varied landscape ranges from the rocky and mineral-rich Canadian Shield to more than 250,000 lakes which form one-fifth of the world’s fresh water reserves. Moreover, about 60% of the province’s land is classified as forested land, representing 2% of the world’s forests.

Multiculturalism is highly celebrated in Ontario, Toronto being called the most multicultural city in the world. Indeed, more than one hundred languages and dialects are spoken here, including several Algonquian-speaking and Iroquoian-speaking Aboriginal peoples.

The Ontario Immigrant Nominee Program was established by the Ontario state government to regulate the inflow of immigrants through the provincial nominee program. Its primary objectives are to ensure the steady flow of skilled professionals to fill the skill gap within the state economy. For this purpose the program established multiple streams which can be accessed by immigration applicants to better emphasize their skills and domains of speciality.

This category enables OINP to nominate candidates who have the skills,education and work experience to contribute to Ontario's economy and labour market. It is comprised of three Express Entry streams and two international student streams.

Interested individuals may apply under this category only if they have the support of an Ontario employer who has extended to them a full-time indeterminate job offer.

There are six streams under which candidates can apply directly for Ontario nomination: Employer Job Offer (all three streams), International Student (Masters and PhD Graduates), Business Immigration (the Corporate Stream).

The province also operates three Express Entry streams targeting applicants who have the requisite qualifications, including education, experience, language proficiency and ability to successfully establish in Ontario and contribute to the province’s economic development.

The Entrepreneur Stream has a special status among Ontario’s programs, as it accepts only expressions of interest. Interested candidates cannot apply directly for nomination, they must wait to be selected and invited to apply. However, they do not require a valid Express Entry profile, so they do not need to meet the requirements of any federal program.

The OINP issues periodic Notifications of Interest (NOI) to candidates in the Express Entry pool and invites them to apply for nomination under one of OINP's Express Entry streams. The details and methodology used for each search are published after the draws are done.

Ontario currently estimates their processing times between 60-90 days for most streams.

The Express Entry Skilled Trades applications are being processed within 30-60 days. The Business applications’ processing times depend on the complexity of each file.

The first step towards a successful Canadian working visa application is getting an evaluation of your case. Fill out our online immigration evaluation, and we will get back to you within 24 hours to discuss your eligibility and visa options.